Home› Blog› The World of Work› Is a reference really any use? Some suggestions for reference checking

Is a reference really any use? Some suggestions for reference checking 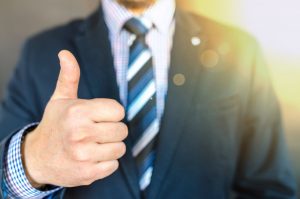 When you are considering a new employee, you will undoubtedly want to ask for references so that you can get an honest opinion of them. Usually at least one of these will be from an ex or current employer. The difficult part is making the reference mean something by asking the right questions when you speak to the referee.

The first thing is to make sure that the employment process clearly tells the candidate how you will follow up on their references and what information you will be checking. This not only gives them chance to object but more importantly, it lays out the ground rules about how you will proceed.

Fact and truthfulness are really what underpins a reference request

Fact and truthfulness are really what underpins a reference request. When it comes to asking the right questions of a referee, you can take that as your starting point. In short, the best questions to ask when checking a reference are ones that have clearly defined responses. Here are a few suggestions:

One final thought on references. If you find you have a reasonable rapport with the person offering the reference why not ask them an open question about the candidate such as ‘Is there anything else that you think I should know?’. Give them the opportunity to talk about the candidate in their own way without being prompted.

There is a commonly held belief that it is illegal in some way to give a bad reference, so therefore they mean nothing. Ultimately though, as long as you are sticking to the right questions and what you ask is relevant to the role you are looking to fill, then there is really no such thing as a good or bad reference. Just a factually accurate one.

Used correctly, a reference is far from useless. It will hopefully confirm to you that you are considering the right person. It will also give you some real insight into how the candidate will perform in the role. If you are looking for your dream role, get in touch with us today!

Don't miss out on jobs matched to you, with our advanced job alerts.